Without the car explosion terrorist incidents in Lahore city, the first station of my trip would be Pakistan International Mountain Film Festival (PIMFF). Mr. Yu who accompanied me sent me an explosion news link. I told him this was a small probability event, and I was very lucky, it would be safe with me. Actually I was just emboldening myself. Lahore is the place where PIMFF held. When I received a message and knew PIMFF will be postponed, I decided to go to Nepal first. There is another coincidence. Many years ago, a friend of mine introduced me to a young Nepalese Sabin, he was studying at Shijiazhuang at then, good at Chinese, and worked in tourism industry. He has invited me to have a trip in Nepal, I was not available then. Last April, I saw Kathmandu was in a mess after attacked by earthquake and many sites were in ruin. I didn’t go there but I made donation. This year, after he heard that I am going to Nepal, he helped me with all the pre-contact work with hospitality. Even my English is not so well, I am confident to fly to the snow covered country.

So far, there are 21 members in International Alliance for Mountain Film (IAMF). Kathmandu International Mountain Film Festival (KIMFF) is one of them. It is a non-profitable NGO organization, Basanta is the chairman. He is a man of great competent, and now his is my big brother. When he knew that China has its own mountain film festival, he was glad and very happy to cooperate and share with us. I do not have too much knowledge about KMIFF before I came here, so I was stunned when he told me that KMIFF has a history of 16 years. From 2000 till now, KIMFF have had 13 editions, it’s really powerful and influential! He ranked the mountain film festival in Asia according to the founding time, KIMFF ranked first, PIMFF the second, UMFF in South Korea the third, and NIMFF the fourth. We can see that the development of mountain sports will give birth to mountain film inevitably, it is not only for sharing and transmission, but also a sublimation and accumulation of mountain culture.

Basanta was very curious about my visit. It was sudden to him that a Chinese man who is also works in mountain film industry came to visit him specially. Then he shared with me KIMFF’s extraordinary progress. At the very beginning, he asked himself very often, was it worth doing (he has his own press)? Then, when he saw interested people came to Nepal from all over the world, he finally understood his calling and mission. After that one KIMFF after another one, and now we are welcoming its 14th edition. I understand what he means is that our HIMF also will go through a difficult path, and I am prepared with no regret. Sometimes I ask myself what is my intention? For money, I have my own company and it runs very well; for fame, this is even crazy, because the festival belongs to outdoor lovers. I still remember my first time in Banff mountain film festival, it was very touching. Then I recalled the Chinese film festival is growing day by day, but there is no mountain culture formed. I wrote a word on my weibo (Chinese tweeter): Chinese outdoor activities do not lack progress, but records. It was a popular word. At that time, I had a dream that I will found a mountain film festival that only belongs to Chinese.That's why we have HIMF now.

KIMFF is divided in two parts, one is the films from local, the other from all over the world. The former pays more attention to domestic mountain culture. Ramyata, Basanta’s partner, shared with me a very important element, if we want to make the festival different, we need something special. Mountain film festival is not only about mountain culture, it also involves with the development of your country and the humanity background. I was pondering this question over the days, how to build a special film festival with Chinese characteristic? I think the film not only built by extreme sports visual enjoyment, and without the ethnic feature, it is bleak and lifeless. The question matters the direction of the festival, we have to think twice before leap.

Mountain Film Festival is neither the vision fest of extreme sports, nor the self-performing stage for some people. It is a combination of sports, expedition, culture, environment, friendship, and technology and fully shows the value of a country and society towards natural and social environment. In that sense, HIMF shoulders heavy responsibilities and has a long way to go.

KIMFF is on the threshold of its 14th edition, I want to take this opportunity to wish their success on the behalf of HIMF and Chinese outdoor lovers. 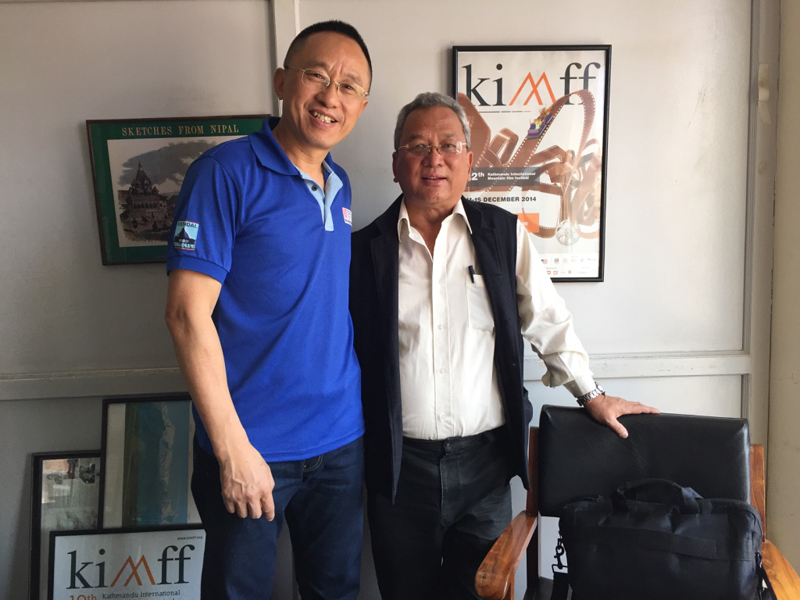 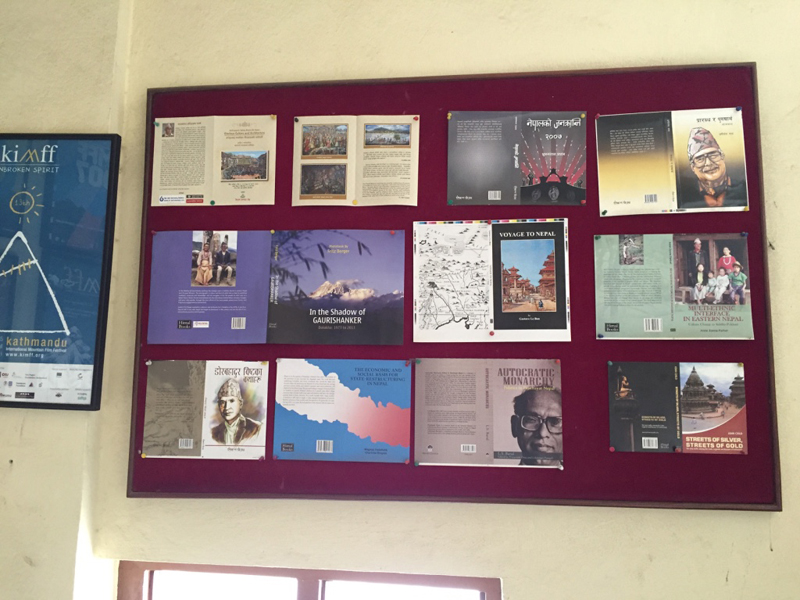 K2 and the Invisible Footmen True Devotion: Watching Over in a Lifetime