True Devotion: Watching Over in a Lifetime

On May 8 April, 2016, we paid a visit to Miss Elizabeth Hawley and had a one-hour interview with a heart with great reverence to her. We heard that Miss Hawley is 93, so we made an appointment before we came, and she was very happy to accept it. We wanted to call her Ms. Hawley at the beginning, but her assistant said she is not married, just Miss Hawley is good. It is unexpected to us and a new respect feeling for that was arose. She made an impression on me when I watched a movie in Banff. The movie had a detailed introduction to her, a woman who has had never been to a mountain above 8,ooo meters, yet kept all the data of all the mountaineers to Mount Everest. She is titled with “Mount Everest Authority”, “the Keeper of Mountain Everest Climbing Records” and “Long-term observation and record the condition of Nepal mountaineering female scholars”. It was files and records all around her workplace. I joked that the files are valuable, but she said it is not, we can buy it at every bookshop in Kathmandu. I feel that she did very well in resources sharing, and mountaineers all over the world can share it.

Her living place is her workplace, on a street in Kathmandu, with a big yard. From the left of the door, you can see an old light blue VW Beatles car. It is a rare car, produced in 1963. Actually, we heard from her driver that the car was given by the King of Nepal in 1965, and she drove it back and forth around the hotels to register those mountaineers. The afternoon, when she heard that we were already in her home, she staggered to the office with an armchair. Though she is old, she looks very well and speaks very clear. I asked if she’s been to China, she said she’s been there at the 80’s and saw an old lady with bound feet on the train station. I asked her if she will go to China again if we invited her to China, and she told me she is too old to go. Also she told me that she knew a Chinese girl named “Jing” had been climbing Mount Everest the year before last year, and this girl is very wealth. After her description, I immediately knew who this girl is.

Miss Hawley worked on this obligation for 56 years, and over 5000 men from all over the world were registered in her files. Some triumphed summit the peak, while some stayed in the mountain forever. Most of them are still keeping their summit dreams, year after year, day after day. Miss Hawley kept all the stories, compiled it into books, built a Himalaya database and updated it once a year. Due to her efforts, the database is the most authoritative and powerful one, every mountaineer is proud to find their name in it. On May, 2005, a French mountaineer, after his summit to a 6,128 meters snow mountain, named the mountain after Miss Hawley to show his reverence to her. Miss Hawley now has an assistant Billi, we also had an interview to Billi. She is a talkative lady. When we spoke of Chinese mountain climbing, she said she hoped more Chinese would register there. From what she said, we can see not too many Chinese made registrations there. I thought to myself, if this is a government organization which can award you, Chinese mountaineers would come here for registration even uninvited, but a NGO is not essential to them. However, this organization has been founded more than half a century and held important in mountaineers, for the complete record of human mountaineering history, maybe we should think twice whether we will register or not.

Even though Miss Hawley is at her 90s, she is still very funny. I have been to her place twice, the second visit I went there to deliver her flowers and tea from Chinese fans. Every time she saw me she would say my shoes are very beautiful. And every time when we spoke of the mountain resources in Nepal, she was very proud of it, she said it is a holy place for mountaineers.

Time flies, one hour passed very quickly. We ended the interview so that we wouldn’t disturb her rest. At the end, I wished her health and live a long life on the behalf of Chinese fans. She was very exciting and showed her appreciation to China and Chinese fans. 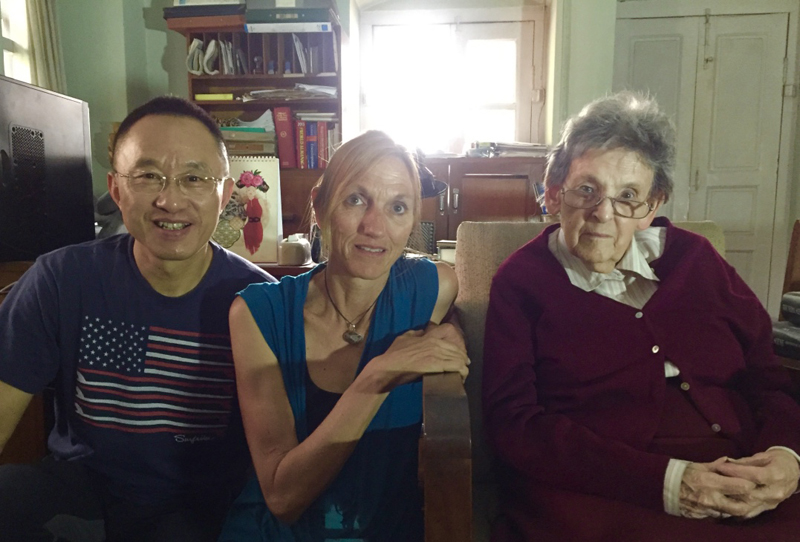 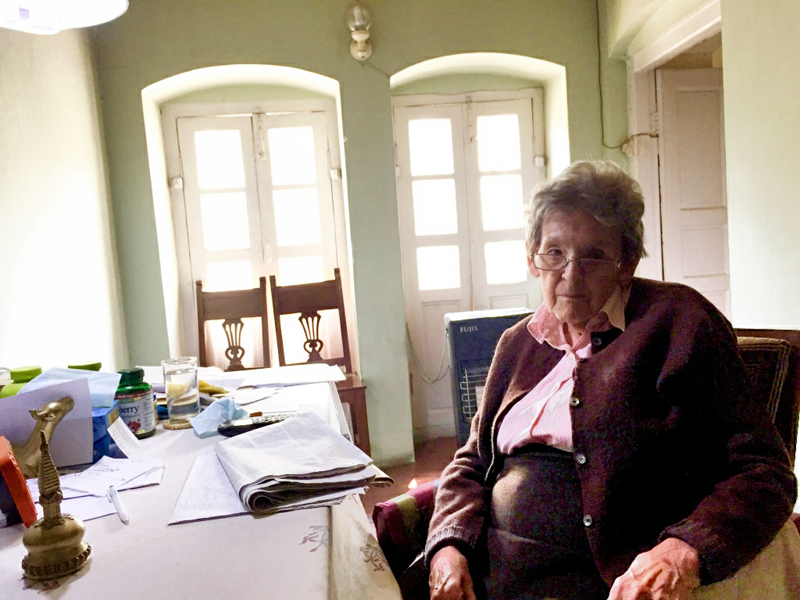